You are here: Home / Technopark caused a new work culture in Kerala: CM

The greatest achievement attributed to Technopark in its 25 years’ successful journey is the change in attitude it has caused among the general public regarding the work culture, said Chief Minister Shri Oommen Chandy. 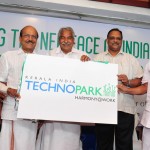 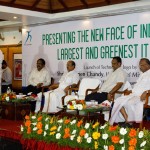 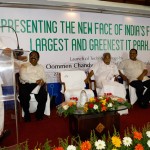 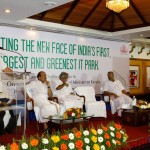 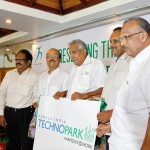 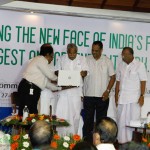 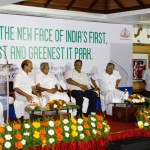 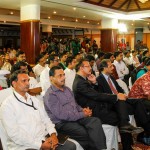 Re-launching the Technopark’s official logo and website as part of the silver jubilee celebrations, the Chief Minister said that the entrepreneurship culture sparked by the IT Park has now spread even into agriculture. “Youngsters now take up agriculture as their profession adopting new methods like high-tech farming and organic farming”, he added.

Minister for IT and Industries Shri PK Kunhalikkutty opined that with the IT infrastructure being elevated to match international standards, Kerala could be declared as the first digital state of the country. “All steps have been taken to make this as official declaration by Independents Day”, said the Minister.

In the joyful event that had an informal air, the dignitaries travelled down the memory lane to recollect their experiences in setting up India’s largest IT Park. “The experience earned during the last 25 years will be the biggest asset of Technopark in its future endeavours”, said the Principal Secretary to the Department of IT and Industries Shri PH Kurien. “The Park will prosper to provide one lakh direct jobs in next five years”, he added.

Following the launching ceremony an animation film created by the people of startup village on the silver jubilee of world’s greenest IT Park, was also exhibited.

“On its 25th year, Technopark is committed to improve the performance with a better vision and a fresh liveliness in action”, said Technopark CEO Shri KG Girish Babu. “The new logo reflects upon our new face of action”, he said.

A delegation of Ministers, MLAs, government officials and media will visit the Technopark Phase III campus on July 29 to witness the development projects underway in the third phase of the park, which will be followed by an event for the delegates. On July 30, a get-together is planned at the podium of Technopark Phase III campus which will be attended by CEOs of companies in Technopark.

The main event, as part of the silver jubilee celebrations, will be held at the Amphitheatre near Park Centre on August 5, 2015. The Chief Minister will officially inaugurate the functions in the presence of the IT Minister, other ministers and Government officials and other dignitaries.

Former Chairpersons, Members of Governing Councils, Government officials, former CEOs and other personalities who were responsible for envisioning and the build-up of Technopark right from the early days of Technopark will be invited for the function. The inauguration will be followed by a performance by the band “Thaikkudam Bridge”.

During the month of August, as an extended series of events related to the celebration, the inauguration of the new 2.5 crores solid waste management plant and the new security control room will be conducted. The celebration will be concluded with the laying of the foundation stone for the largest IT building in the Phase I campus of Technopark.