Published by Technopark on September 18, 2016 | Leave a response 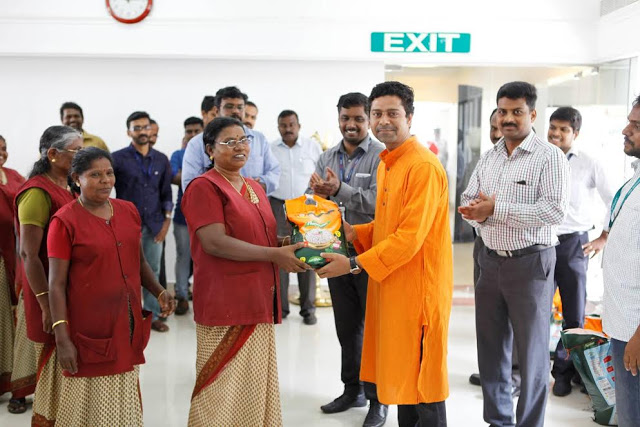 Prathidhwani’s ‘Rice Bucket Challenge’ campaign received a very positive response from the large-hearted techies at Technopark Trivandrum with the organization receiving over 456 packs of rice weighing 5kg each (2.3 tonnes rice in total). The collected rice packets were distributed on the occasion of Onam to the non-IT employees of Technopark including the cleaning staff, gardeners, car wash employees and the lesser fortunate brethren working at Technopark.

Total of 301 5kg packets of rice were distributed within the Technopark campus at various buildings including the Park Centre, Bhavani, Nila, Leela Infopark and Yamuna at Technopark Phase 3 on 9th September, Friday afternoon. 115kg of rice was donated to the Devaki Warrier Memorial Stay Home, which provides affordable stay and care for financially backward cancer patients who are being treated at the Regional Cancer Centre, Trivandrum. 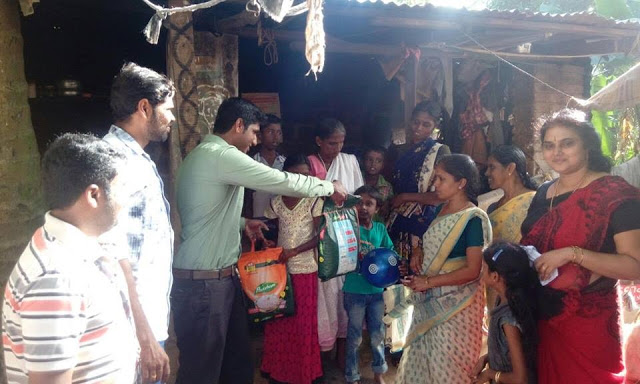 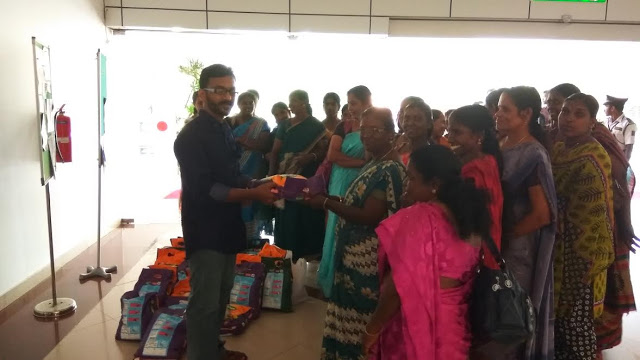 On behalf of Technopark, Trivandrum we would like to extend our sincere gratitude to all those who contributed selflessly towards this initiative that has helped us make a big difference in a small way in the lives of our lesser fortunate brothers and sisters. 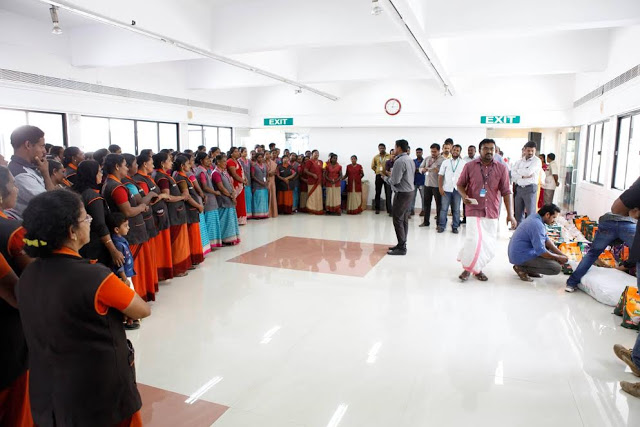