You are here: Home / ‘And then “Technopark” happened to me’

‘And then “Technopark” happened to me’

Published by Technopark on January 31, 2017 | Leave a response

A non-techie speaks about his first time experience visiting Technopark

Martin Johney, a young freelance writer and traveler shared us his experience visiting Technopark for the first time. Let us see what he has to say.

I am one of those guys who has “n” number of techie friends. While I was wandering around after my studies, trying to figure out what I am doing with this life, almost half of the people in my circle were already placed at some companies, most of them at IT companies in either Infopark or Technopark. Since then I have been hearing many things about this place. Techno-park.

I have always wanted to visit Technopark since then. However, as I was a jobless Jack, I never got the chance or time to make it. Now that I have visited Technopark, the only thing I regret is all about the delay I made to do this. As they say, Technopark is indeed a techie’s heaven. I would say, not just a techie would call it a heaven, but everyone who visits that place will definitely do.

It was not at all a planned visit. One day, my friend Robi who is working in Technopark asked me to come down to Trivandrum. So, I boarded the train and reached Trivandrum around forenoon 11 30. We planned to meet up at Pettah. I called him up, and he said he could not make it to Pettah because there is a blood donation camp going on at Technopark. Therefore, we made some changes in the plan, and I decided to give him a visit at Technopark. I took a bus from Pettah, and took tickets to Technopark Main Gate. I got off the bus when I saw a big gate. Then only I realized that almost more than half of the people in that bus had only one destination-which was Technopark.

I walked along with them like a techie. It was a different feeling. Robi had arranged for an entry pass for me at the visitors’ entry desk. I got into the campus. Stunning buildings, with each place having a touch of nature, which was unique to me. Something that I asked myself then, “Is this even Trivandrum?” Because the city side of Trivandrum and Technopark has a sea difference. I have to say, Technopark just changed the face of Trivandrum as well as Kerala. I got a call from Robi, and he wanted me to come to Thejaswini building. I remember him telling me about Thejaswini before. It is one of the largest buildings in Technopark with a plethora of features. That is what he told me. I walked towards a board sign that says “Park Center” with an arrow to right.

Technopark is full of happy faces. On my way to Thejaswini, that is what I have seen. Happy faces. I have seen people wandering around in gangs, some under the shades of trees, some standing beside the road. Everyone seems so happy and relaxed, that even made me happy. I reached near to the Bhavani building, and I saw a bus named “Blood Line.” When I asked one of the guys about it, I get to know that it is a blood donation camp. One of those prominent names in healthcare in Trivandrum, Sri Chithira hospital is hosting the camp, and anyone can donate blood. It is really a great initiative by such corporate companies.

Technopark is not just a workstation for the techies. It is their heaven, their fun zone, their own land. I reached Thejaswini. I got in, and walked towards the lift. I remember Varun telling me that Thejaswini is an 11-storied building with four underground floors. I wanted to check that out, and I did. Thejaswini is an out of the box building with two different floors for parking facility. I got a text from Robi. He wanted me to come to the Thejaswini food court. I got into the lift and reached the food court on the seventh floor. The view of Technopark from on top of the seventh building of Thejaswini will feast your eyes for sure. 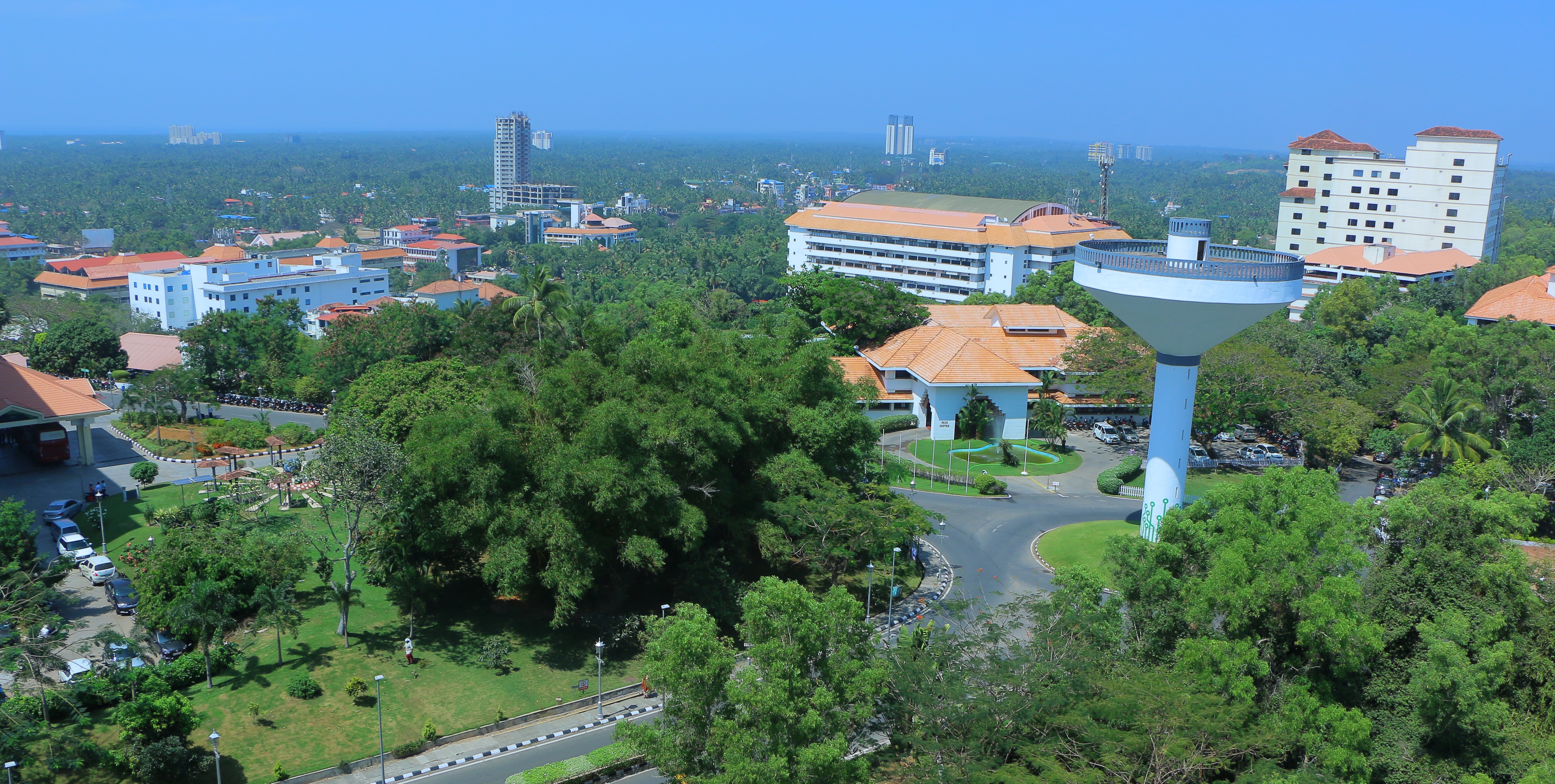 I did not even want to move a muscle. All I wanted was to stay there and enjoy that moment, and I did. The foodie in me cannot resist describing the food courts of Technopark. They are large, spacious and enormous with multi cuisine restaurants, coffee shops and what not. I met Robi and we had an awesome lunch. Robi had to get back to his office, and I realized that I have some time to kill. Therefore, I decided to take a walk around the campus. I spent almost 3 hours wandering around Technopark, and I was not tired at all. The enchanting greenery of Technopark just made my day.

An office or a workplace should be aimed for a work and life balance and Technopark is the perfect answer to the quench for a perfect homely feeling at work. As they say, Technopark is where nature and IT co-exist. Finally, I got out of the techies’ heaven. “What happened, dude?” Robi asked me by seeing my pleasant and smiling face, and I told him “Technopark”, that is what happened to me.